On this site, I write about places, I’ve been to, on this planet and I show photos of these place, of course … I am a photographer. That was always the plan, visiting a lot of different places on this beautiful earth, with you.
And then, 2012 came and I went to New York. I instantly fell in love with this city, and because this love grew, when I was there in 2015 … I will be back in New York, in this summer.
This time, I’m going to live in Brooklyn and I invite you to join me through this blog through words and Photos every day … for four weeks.

Apparently, there is a misunderstanding, that we have to save the planet. Well, it doesn’t need our help. The earth went through several climate changes throughout thousands of years. Species vanished, new ones evolved and then, one day, we became. And, yes, it is all about us. Our lives depend on the earth staying as it is. Simple, right?
If can’t achieve that, our planet will get rid of us. And then, it will do just fine … probably better.

Is it just me? Is New York all over every place? Well, not really, of course, that would be awesome, or maybe it wouldn’t be at all – I mean, how special could it be than, right?
So, take a look at my weltgesehen-statistics – is that New York, or what? And where are the twin towers? Yes, they are the two months, I was there, in New York. Can you believe it? I am going crazy, was planning to be back in the big apple from June to July this year, but now I’m into making new plans – maybe thats why I’m becoming a lunatic.
And am I doing now – distract myself? No way – I am watching Manhattan (Woody Allen). Yeah, I know – hopeless.

A place from Frankie & Johnny

Ok, I didn’t like to find out, that there is no Apollo Cafe in New York, one of the places of Frankie & Johnny. It is one of the movies, which built my picture of New York, when I was a teenager.
But there is another place: Park Way, Brooklyn Heights Promenade, Brooklyn.
So, I will stand there, maybe this year 😉 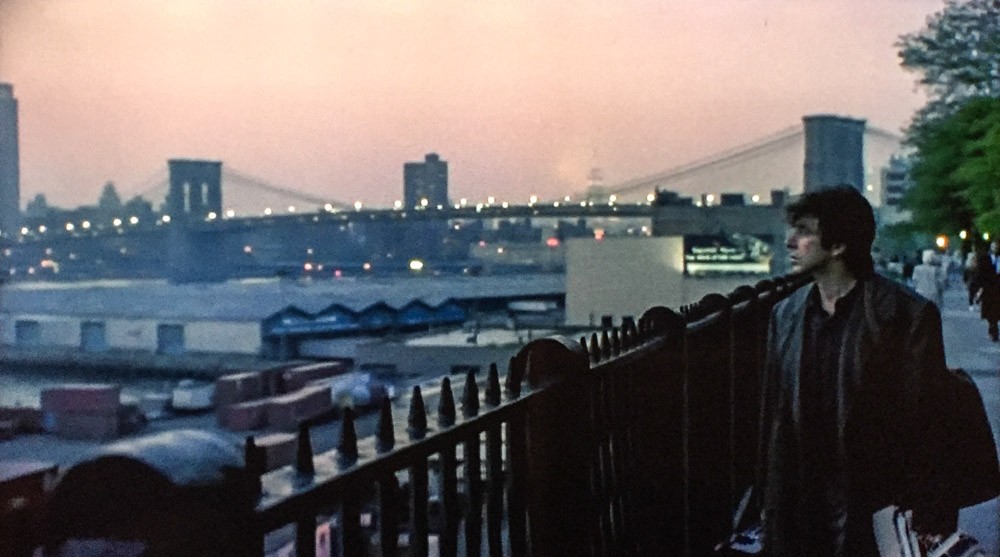 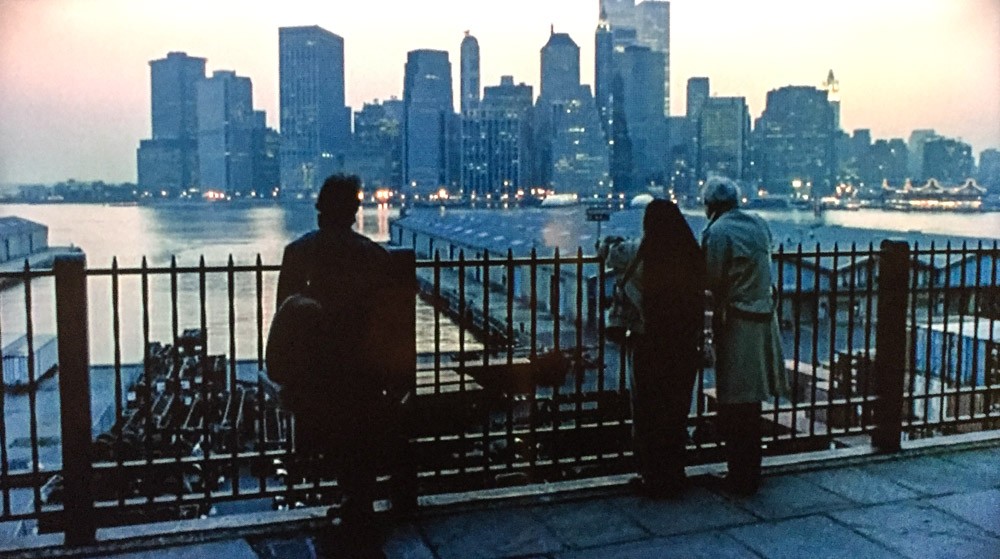 Do you see the evening sky? It reminds me of something, that I wanted to do – stay up all night in New York, see the City waking up, the street getting filled with life. There will always be a reason to go back to New York, the place of Frankie & Johnny, where also love is possible.

You probably don’t have to tell a globetrotter anything about freedom – you can feel freedom, when you travel.
In the last year, I had to think a lot about freedom, for example every time, I walked through New York – on my own schedule, and when I was sitting on a bench or lay down in Bryant Park, surrounded by the sounds of city life.
And than, back in Germany, the refugees came, searching for freedom, the freedom of peace and possibilities. They made me think about America, that this country was built upon that reach.
I was moved, every time I heard about the Germans, which welcome the refugees with their warm heart, with the joy, which is in everyone of us, when we are able to share something precious with others. Every time, our life is based on that, we get more and more in return, more ways are opening up, more freedom. 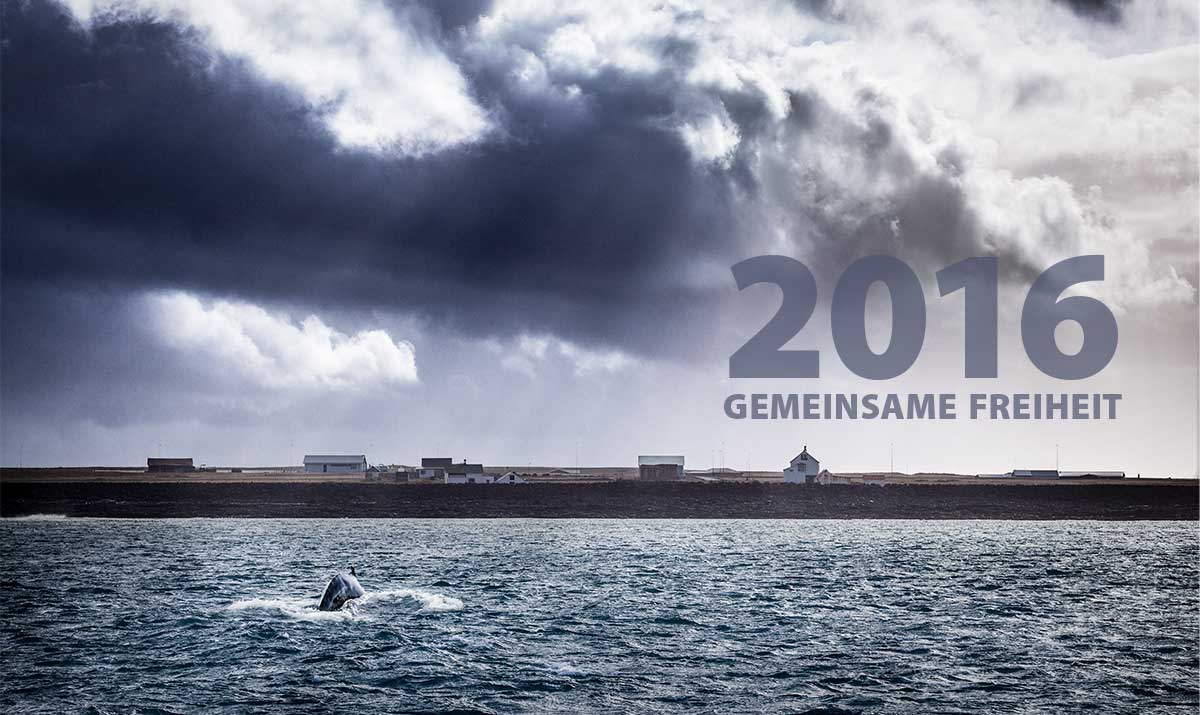 A great family-time was that, Mothers and Fathers from two Generations, and their children with big eyes in front of the christmas tree. And here it is, the time between, the silence before the fireworks, dusting of the start blocks.
I am preparing with Walter Mitty – the guy in daydreams, in which he is a hero with great power – unbeatable – until he fells in love, and gets the courage to BE a Hero. He finds his way through the world and big adventures. And everything, what previously only showed in his Dreams, comes to a beautiful daylight. And, even is is only his sense of duty, which drives him – at the end he became the hero, facing the future with a smile.
I love the pictures of this movie, but first of all the poetic thoughts in it. Doesn’t everyone wants to be a hero? During the last months, we experienced that, when the Refugees arrived in Germany, and the people were givving the a warm welcome. Yes, that also might be a sense of duty, but where that comes from … that is place, which makes Zivilisation a great place, a place where we all want to live – thats life how it’s supposed to be.

Three weeks back now, back in Germany – and, yes still homesick to New York … well, I can stand it now, and so I dig into the Photos and Films and I found another Point of View. Here it is:

My last night in New York

A delicious dinner with Michela and Cassandra. The rain is over, the night is warm and smells wet. I am sitting alone in the living room. I found a last peace of Hershey’s Chocolate and a Budweiser in the fridge.

One thing came to my mind today, as I got the things ready for the suitcase. If I wanted to stay longer, I would have to get something like a daily life, something to make a living. Yes, the self-employed inside of me is getting twitchy, business is waiting in Hamburg. Since Yesterday, I had a few of those sad moments, which end up in this thought: Now I know, that you can be deeply sad and grateful at the same time. At first, I didn’t like this thought, but than I realized, that ten Years ago, I only would have been sad. Gratitude has come to my life and now I know that and I think, that feels wonderful …
In these four weeks, I didn’t only visit the city, that I love so much – I also visited friends and spent time with them, and made new ones. Meeting new people, talk to them about random or particular things – this is it, it is what makes us human, like nothing else, on every journey. We feel alive. 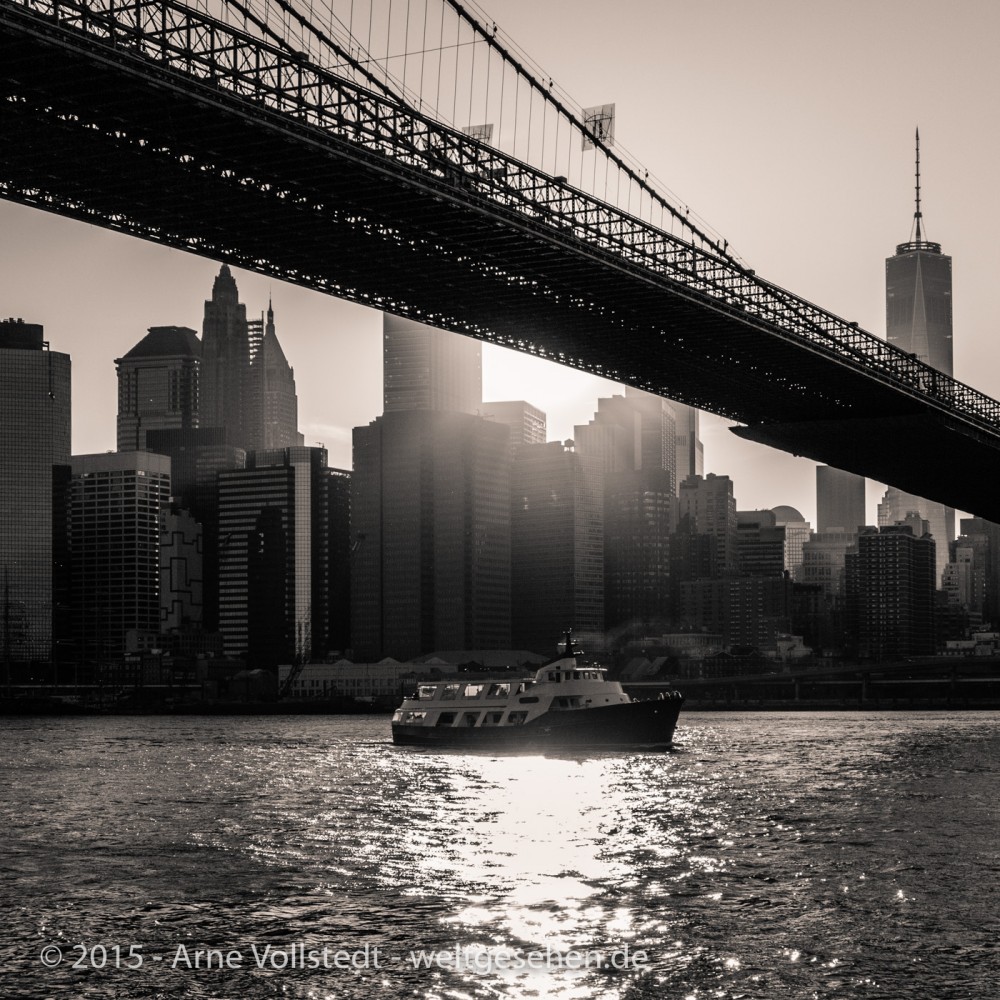 My last day in Manhattan

Posted by arne on in new york | 0 comments

For my last day in Manhattan, there was one place, I wanted to find, a particular one from the movie “Manhattan” by Woody Allan – I wrote about it to the post
Manhattan welcome me with fog and rain – Mad at me?
I found the place at the 57th Street east. A dead end street and the river. I knew from the start, that this was the right spot, although things a different of course, the trees were much taller – the film is from 1979 …
Than I got caught by the sun, I thought that I could take the ferry across the East River, a last view of the city, saying goodbye …
So, the subway Downtown – and when I got there, the sun was gone, it was raining like crazy. Ok, no ferry, just a walk with my umbrella, with the hope of a change, but – no!
I had to get back to Queens, for my dinner date with Michela and Cassandra. When the Sub got back up in Queens, the sun was there, as if nothings happened. Grrrr. I guess New York didn’t want to see me on a ferry …